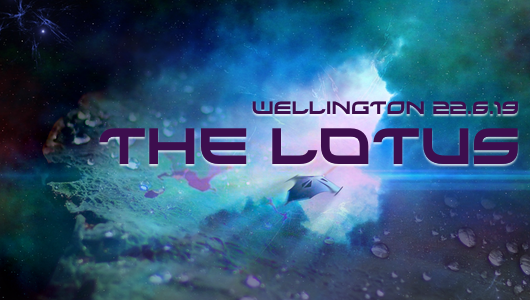 It was supposed to be a quiet trip.

Relations between humans, Kyrion, and Votari – the three races that share the galaxy – were about as calm as they ever got. There hadn’t been any properly violent clashes in months. The Lotus was just supposed to deliver a cargo of Kyrion criminals to a prison planet.

The prisoners’ quarters weren’t supposed to malfunction, so the alien criminals suddenly running loose on the ship were a nasty surprise.

The Lotus wasn’t supposed to encounter any other ships on the way, so the distress call from a passing Votari ship was a major inconvenience.

Still, as long as everyone kept their cool, it could’ve been okay.

…right up until the plague hit.

The Lotus is a sci-fi LARP about culture clash, moral dilemmas, and alien weirdness, inspired by Firefly, Defiance, and Doctor Who. Cost will be the usual $20 / $15 for NZLARPS / SAGA / VUWGC members and new larpers.

That looks quite intriguing.

Hey,
I filled out character form for The Lotus but I haven’t heard anything back. Am I meant to have heard something by now? If not that’s fine I’m just checking in to make sure I haven’t missed anything.

I’m casting this week, so you’ll hear from me soon

Fellow Kyrion: given the colour scheme, I was thinking long brown robes for this (I may also be able to whistle up a red sash). How do the rest of you feel?

My costume is quite hippie/fairy like so it’s definitely not robes, I’m happy being the odd one out though if that’s okay with you? 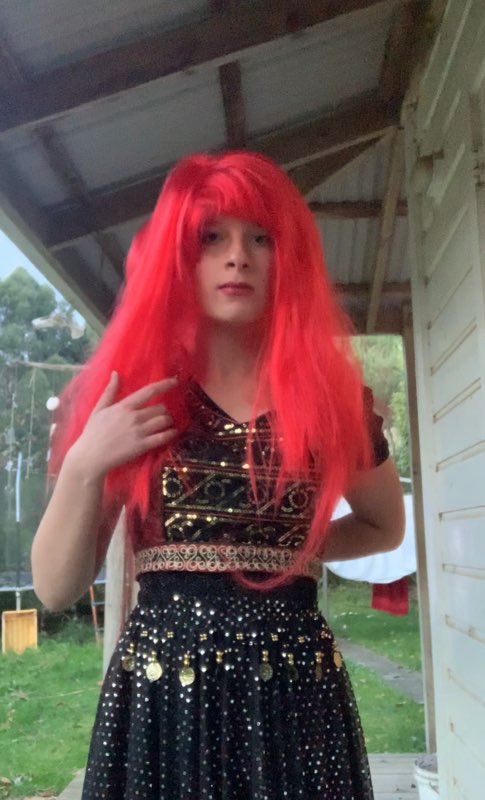 I may end up the odd one out

Hmmm… now I’m wondering if I can get a bright red wig to try and match you.

(The goal of the costume suggestions is so people can immediately tell which species you are by your costume. And yours definitely screams “Kyrion”)

I’ve also ordered some orange werewolfish contacts because I think it would be really cool to have striking eyes for my character, so as a suggestion if you didn’t want to go all out on hair you could always just do red/orange contacts.

I’m no a fan of sticking things in my eyes, so hair is much easier. I even know exactly where to raid to get a cheap prop wig…

I’m another one of the Kyrions - I don’t have brown robes, but I do have a red dress. I could keep an eye out for a wig as well?

You could always try save-mart I got mine from there and there’re always pretty cheap wigs, I’ve got some really good quality ones from them for around $3.

I have spare brown robes in a variety of sizes if you want me to bring them.

Thanks, that would be really nice of you.

Do any of my fellow Kyrion want to name our planet? It goes by Kyrion at the moment but I talked to our gm and they said we could name it ourselves. I was thinking maybe Kyran, what do you guys think?

I was going to go for something like this. I will add brown Seeker boots, and tie my sash a bit better so it doesn’t look quite so unflattering. I also need to tidy the wig a bit, and I’ll need to add a shoulder bag because I will need pockets: 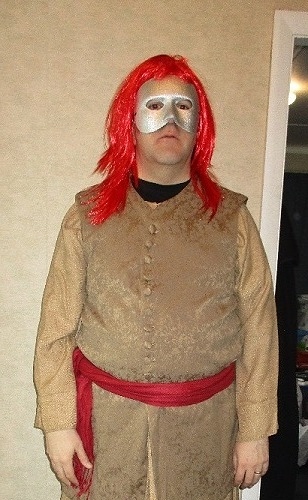 (ignore the mask; that’s just because I don’t like my face on the net)

It looks good to me.

Well, that was fun - and we Kyrion definitely had the best hair.

Also: @lesbiancobra, you should publish this game

We had great hair. That was a really unexpected ending!