A Turn on the Radiance Rose 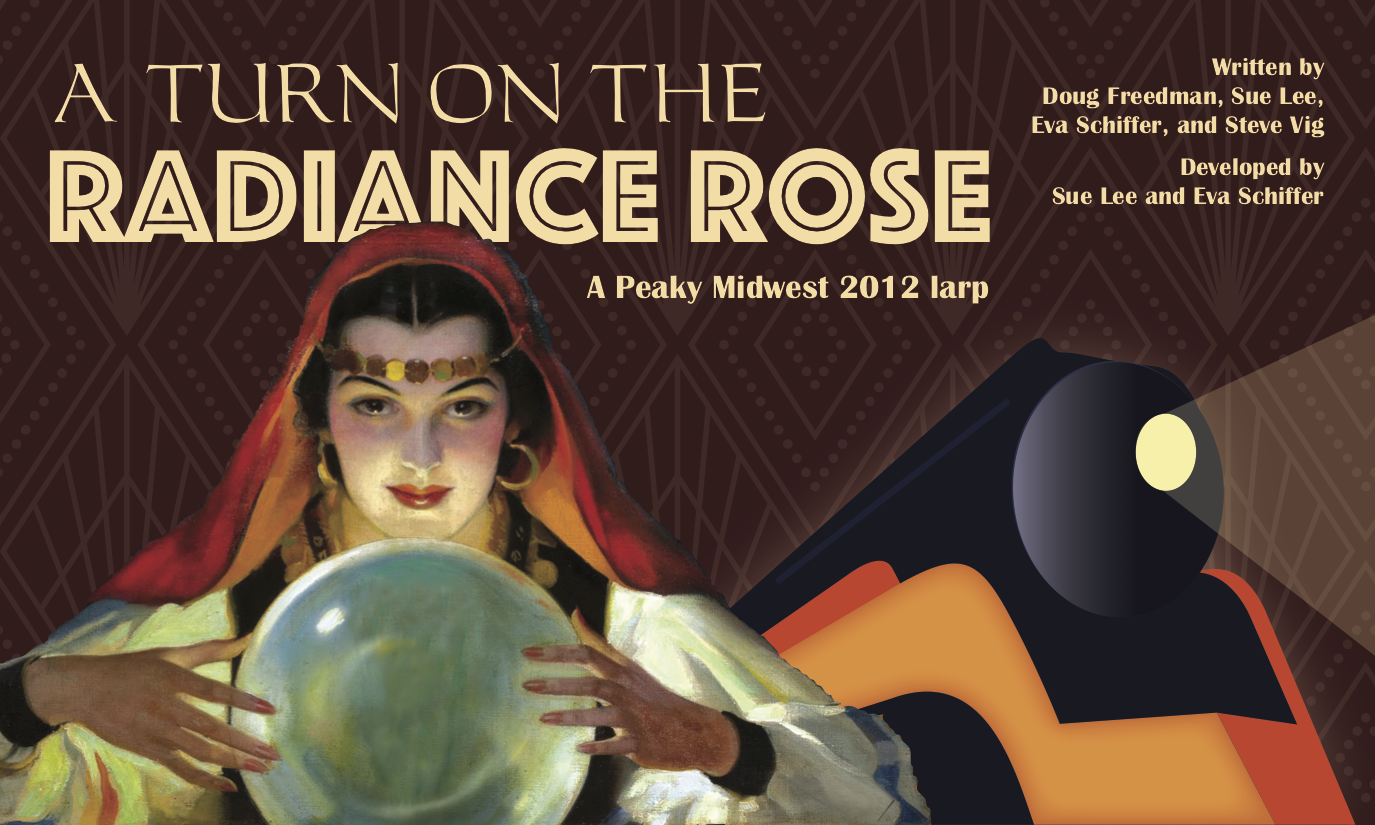 A Turn on the Radiance Rose

You are cordially invited to a Séance held by Rudolpho the Great and Powerful and the Famed Spiritualist Eleanor Van Klief. The Gates Between the Worlds will open in the Radiance Rose Pullman dining car of the Union Pacific train, New York to Chicago at 7pm sharp. Boarding is at Grand Central disembark at Union Station.

The spiritualist Eleanor Van Klief is a medium of significant ability, her skills coaxed and grown by The Great Rudolpho. Aided by their assistant Ivy Day, they have amazed crowds from Coast to Coast, and in the great capitals of Europe. The brilliant venture capitalist Maximillian Nelson will be in attendance, as well as New York Senator Benedict Benson and his sweet daughter Annabelle. Traveling onboard is daring archeologist Hugh Sheppard, vocal cynic Valentine Fairhurst, social rebel Clara Van Klief and her new fiancé the talented actor Christian Peters.

A Turn on the Radiance Rose is a game of secrets and séances set in 1928, a time when anything seemed possible. The Great War was over, Orientalism was all the rage, and no-one could foresee the great catastrophes that lay just ahead.

The game takes 3 to 4 hours including introduction and game wrap.

There are some consensual but socially awkward sexual relationships in character backstories (primarily adultery). We do not recommend this game for children under the age of 18 because of this.

NOTE: This is a game about people living in an uncertain world, not about tentacled horrors.

Its pay what you want, so you can download it for free. If you want to pay them something, they charge US$5 for their other larps.