For the past few years I’ve been tracking stats about larp attendance in New Zealand. The full dataset is available on the web here: 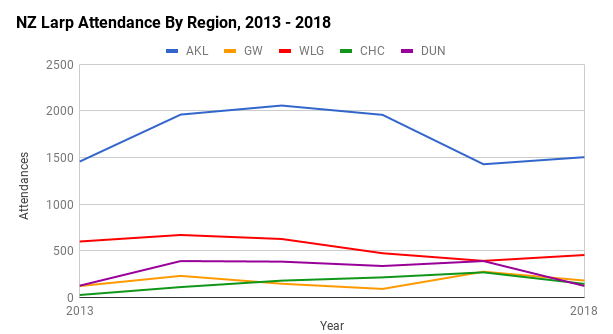 So, better than last year, but we might want to look at what we can do to promote larping and help events happen in the areas where its weaker ATM.